Since the beginning of human government some 5,000+ years ago an “age of conscience” caused mankind to seek a way to bring about a civilized society among the masses. Before Sumerian city-states there were tribes and patriarchal rules and regulations. The way one leader conducted business and ruled his people differed from another – some for necessary, others for pointless reasons.

Human nature is consistent. Nothing has changed from then till now.

Whether tribes warred over water sources or kings went to battle over their own Cleopatra there has been an unmistakable, but opposing parallel between the interests of the community and the “state.” Corruption occurs in any level of government and can happen whenever any power is given to a person. Since the Fall of Man, there isn’t a single example of human government without its lessons of depravity. We cannot escape the tendency of the human condition to grasp power and wield it for its own prosperity or nepotism.

There is nothing wrong with being cynical about government, but there is no benefit in surrender, either. It is idealistic to expect government to be without corruption, and not realistic. Yet being optimistic is not a fool’s errand, as optimism is usually based upon a plan to change the status quo – idealism is usually just a thought or objection that makes no more than a ripple in a pond. Throughout history we’ve seen optimistic changes that most acknowledge is an improvement in civilization and conduct of government.

But just as parts of mankind will never stop transgressing law, government will never be free of some corruption. The solution then is to find a form that minimizes the potential for corruption. Our nation is built upon a system that disperses powers and effects.

Not everyone was pleased with the results, but most people benefited from its perpetuity. That is now changing, in the name of “democracy.”

Greek philosopher, Plato addressed five general types of government from which all others flow – the Five Regimes. He proposed that they are prone to lead into the next form, in order of their devolution. Aristocracy leads to timocracy (meritocracy), which devolves into oligarchy, then democracy and eventually tyranny (despotism). Even by the 4th century BC, Plato had observed and considered every known form of government and seen its excesses, abuses and tendencies.

Therefore, the Greeks established their own version of government that instituted a little bit of several others but was primarily a democracy. The lesser of evils, so to speak. Yet, we see they eventually plunged into their own imperial tyranny. Around the same time, the Romans were the first major civilization to establish a Republic, adding a Senate that tended to be aristocratic. Of course, perversion of the system by inherent corruption led to destruction of both Greek and Roman forms of government.

Something was missing from these experiments. By the 17th century Enlightenment, John Locke and others were writing about individualism, morality, natural law and other observations. One passage by Locke exemplifies the period.

“The state of nature has a law of nature to govern it, which obliges every one: and reason, which is that law, teaches all mankind, who will but consult it, that being all equal and independent, no one ought to harm another in his life, health, liberty, or possessions.” 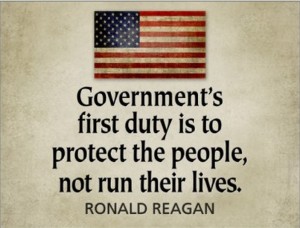 Their thoughts about how government could better serve civilization influenced the next generation so deeply that a group of “progressive” thinkers determined to establish an experiment upon these principles – the American experiment. They believed people could establish government for the sake of forward development. That government was to be more of a referee than a manager.

They believed that God, and nature conferred rights, and that government was merely created for the sake of protecting those rights. But the temptation to trample these rights was in just as much danger from such a government as they were from the people around us.

DEMOCRACY – THE GREATEST MISUNDERSTANDING IN AMERICA

Pure democracy was an historical failure, and a centralized Republic was shown to be easily corrupt. As students of history, the Framers of the 1780’s accounted for the greatest concentration of educated disciples of liberty ever assembled. They were determined to avoid the pitfalls of traditional democracies while avoiding the powerful leverage that turned many republics into tyrannies. But a new hybrid of republic was their goal, not democracy.

Hence it is that democracies have ever been spectacles of turbulence and contention; have ever been found incompatible with personal security or the rights of property; and in general have been as short in their lives as they have been violent in their deaths… A republic, by which I mean a government in which a scheme of representation takes place, opens a different prospect and promises the cure for which we are seeking.

“A democracy is nothing more than mob rule, where fifty-one percent of the people may take away the rights of the other forty-nine.”

“Remember, democracy never lasts long. It soon wastes, exhausts, and murders itself. There never was a democracy yet that did not commit suicide.”

So, while Article IV of the constitution guarantees a republican form of government, the Founders saw fit to disperse power between equal, but uniquely conferred entities in both the central government, and the states. If corruption sprang up in one area of government, the others were effectively shielded by lack of influence and jurisdiction.

“Government is not reason, it is not eloquence, it is force; like fire, a troublesome servant and a fearful master. Never for a moment should it be left to irresponsible action.”

Yet, government was necessary. So it needed to be carefully planned and restrained from the beginning.

Not only did the constitution divide power equally among the judicial, executive and legislative branches, but the roles of the federal government were specifically delegated, with the rest remaining with “the states, or the people.” The Senate was to be a representation of the states, an aristocratic “republic,” if you will. The House of Representatives was a type of democratic rule, and the voice of the people. The intent was balance, dispersion and wisdom. Centralization was avoided except in those areas for which it was necessary. Article I, Section 8 defined these parameters.

The Founders understood that debates, whether moral, economic, territorial or legal should be decided as locally as possible and that the greatest power should reside closest to the people it served. Industry and government should be as spread out as possible, they believed. The America Idea was unique in it’s breadth, adherence to natural law and attempt to right historical errors. Perpetual self-governance was the goal.

Today, we are at a crossroads of deciding if these cumulative lessons will inform our government or if we will start from scratch without regard to the harms and effects we’ve seen.

As early as the 1830’s, socialist education reformers determined that to change the national foundation, the future lies in the classroom of the next generation. For over 180 years, the progressive left has moved the needle while constitutional preservationists have too often spurned public education at the risk of losing future leaders, businessmen, parents and voters to predatory and failed theory.

Nothing is as local as the public school system, and it is time for conservatives to engage this field of influence for the first time. Subtle, logical changes over time alter the way the masses think about liberty, their relationship with government and how they value themselves.

We must remind our children at home and our students we educate of the truth that Frederic Bastiat wrote in 1850, after seeing the parallel French and American revolutions:

The time has come to seize our opportunity in the same way our ideological adversaries sought to dismantle the great American idea. Government is not the inherent problem, nor is corruption our unexpected adversary. Rather than fight the government created to protect our liberties, we should seek to localize it so we may return its function to those for whom it is to serve. We should fight the tendencies, not the institution itself.

All politics are local. And without you, liberty slows down and power flourishes. Human nature will never change, but if we hope to restore those great lessons put in place by our Founders, we need to learn to direct traffic. That takes eternal vigilance and passion for that which is in our own back yards – local government.