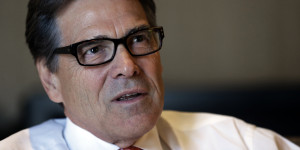 While there is no inherent guilt by denying a false accusation, political drama rarely gives you an opportunity to look innocent by embracing that which your enemy thinks is your downfall. But fate has shown down upon the Great State of Texas. Governor Rick Perry has recently been charged with two felonies for violating laws in the process of doing something he’s proud of doing, and he’s not backing down – nor should he.

On the steps of the Travis County Court today, Perry responded to a legal summons issued by a judge regarding the indictment handed up last week by an Austin grand jury. Defiant as ever, Perry proclaimed he would “do it again if I had to. We’re standing for the rule of law.” He has no reason to be defensive, he’s proud of what he did. As President Grant said in TV’s show, “Scandal,” why try to figure out how to work around a problem when you can work through it instead? It’s a win-win. 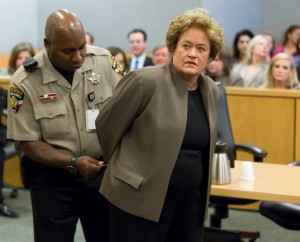 Videos of Travis County DA Rosemary Lehmberg the night of her DUI arrest turned the gut of many Democrats outside Austin and the bi-partisan scorn reached a fever pitch over the weekend following the indictment. From David Axelrod to Alan Dershowitz, liberals everywhere appear embarrassed of the decision, and fear it’s political consequences. Even the New York Times declared that the veto “didn’t seem to rise to the level of a criminal act.” Lanny Davis, former Special Council to President Clinton said, “Democrats must denounce the indictment.”

And that is why I am confident that Perry will win. Political opponents fear this stunt because Rick Perry isn’t simply not defensive, he is the opposite, proudly able to admit his actions before everyone.

Perry is now assembling the best legal team he can to fight these charges.

Not even a bench full of leftist jurors could ignore the torrent of public disgust at these allegations. The Texas Governor has the right to a line-item veto of any legislation he wishes for any reason, according to the state constitution. And threats of a veto are as common in the Capitol as lobbyists. The fact that the threat was over the resignation of a brute, sloppy and violent drunken woman while leading the so-called “Public Integrity Unit” makes it a slam dunk case. Even liberals wanted her to step down after her escapade.

To assuage political concerns, Perry offered to appoint another Democrat in her place if Lehmberg resigned. Of course, the media is ignoring this. Instead, she foolishly went to war against the governor and picked her pawns for their color, both inside and out.

Michael McCrum, a politically savvy lawyer once considered for a US District Attorney post boasts about his “bi-partisan” credentials because he was once endorsed for the post by two of Texas’ GOP establishment.  I once ate habañeros and have a weakness for Jarritos but that doesn’t make me Mexican. Perhaps I could claim a fractional bloodline through marriage somewhere.

A spade is a spade and the Travis County elite succeeded in using it to bag an indictment most legal experts have cast doubt on. But since the same office successfully ruined the career of former Speaker Tom Delay over convictions that were eventually thrown out on appeal, hubris took over for the legal process.

The same stunt was pulled in Milwaukee County, Wisconsin where Governor Scott Walker once served as Executive, requesting an investigation into suspected fraud and ended up being the subject of a super-secret witch hunt by the very attempt at integrity he pursued. With the investigation out of his hands it morphed into the most polarizing, Democrat-encouraged investigation in Wisconsin history, sweeping up “criminal” associates for unrelated crimes that had nothing to do with the original subject. Despite the DA’s claims of wrongdoing, they could never pin anything on Walker himself. It became so diluted, self-serving and contrived that two federal judges shut down the entire circus.

As whispers of investigation became a political liability for Walker early on, he overcame them and won. Why? Because many voters were repulsed by the dirty politics, becoming tone deaf to the accusations. Likewise, liberals across Travis County are rejoicing at what they think is the game hunt of the century: taking down the longest-serving governor in the history of Texas. But they did it through the least defensible of methods. I believe the same effect will strengthen, not ruin Perry.

While the Wisconsin investigation ended up having no discernible effect on Walker’s reelection, Perry faces something more unique – he’s proud of the actions being prosecuted. And he should be. Because no abusive drunk should be the head of a unit charged with judging the ethics of other officials.

Will people hold it against Perry for using the constitutional power of his veto pen as leverage to uphold the integrity of that office?

Maybe when snow falls in Brownsville.