This morning, state senate candidate Jonathan Steitz issued a press release through email only, that took the rare step of quoting the entire text of an anonymous op-ed written over the last two days. This op-ed, written by the unknown “Linda Richards” was not only sloppily written, but defended MediaTrackers’ journalistic behavior and their editor’s friend, Steitz’s campaign. Steitz is running in a primary against recalled Senator Van Wanggaard for Senate District 21 in SE Wisconsin. 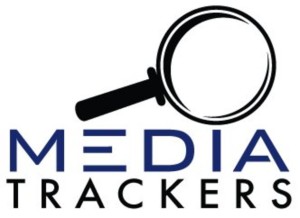 The campaign has been marred with accusations from Steitz about Wanggaard’s record that were simply untrue, along with many back and forth arguments between supporters that have gotten downright nasty. In several exchanges with me, two Steitz supporters went personal – perhaps in childish jest – by discussing my son (by name), my parents, my former wife, my job and doubting my sexuality. For the record, I never did such a thing, yet third party observers are so weary of the infighting they’ve accused both sides of dirty play.

Meanwhile, Van Wanggaard himself has stayed above the fray, not attacking Steitz, but rather touting his record. He has also earned the endorsement of nearly every local elected leader. These endorsements were sought out by Steitz, but he could only secure those of leaders outside the actual district. The Steitz campaign does not have a direct link to their endorsements on their page, and one can only assume it has to do with it’s rather brief stature next to his opponents’.

Today’s press release comes in the wake of these events, and following the snowball weekend of Wisconsin conservatives reacting to MediaTrackers’ arguably questionable barn-burning. I discussed this in full detail in a July 19th article.

There is no evidence, of course, but the placement of this anonymous op-ed gives the appearance of some coordination, considering the 48 hour response time to the last exposé about MediaTrackers. They have been a staunch ally of Jonathan Steitz, friend and fellow board member of Wisconsin Family Action with editor Brian Sikma. After writing a dozen very questionable, low brow pieces on Van Wanggaard, they have begun hitting frontrunner Joe Leibham in the sixth district congressional race in northeastern Wisconsin.

On Wednesday, Santo Ingrilli published an op-ed questioning MediaTrackers’ integrity, then Ashley Shultz published a harsh criticism of the site on Purple Wisconsin/JSOnline. On Friday, respected writer James Widgerson expressed his disappointment in MediaTrackers, and Christian Schneider made reference to “groups” getting into dirty politics in his own piece, followed by my exposé, where I combined all of them.

On July 21st, the first of two successive op-eds by “Linda Richards” came out defending both Steitz and MediaTrackers, which MediaTrackers’ editor immediately pushed out that morning to his followers. Now, the following day, the Steitz campaign publishes both articles in full in a press release?

All I can say is that I’m praying for the quick arrival of August 13, the day after the primary. I want to pass this contentious race and focus on reforming Madison politics with solid leadership.

For me, that’s Van Wanggaard. Please join me.

If you have trouble viewing the pasted email below, please click HERE: