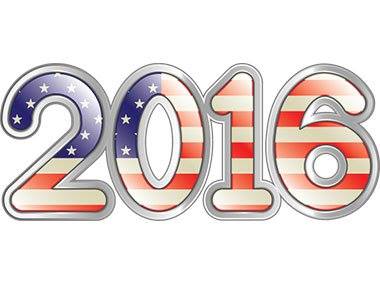 There are many candidates that people are throwing around for consideration in the 2016 elections. Every potential candidate has their ardent supporters that claim they’re the most conservative, true conservative, etc. Others make arguments based on winnable skills, broad appeal, etc. Below are my thoughts on some of the most popular names thrown around and my reasoning for each:

SCOTT WALKER – I think Walker has BROAD appeal, but I don’t think he can win a national election, unless there are cosmetic (persona) changes made. He has college education, but no degree, which I don’t care about but others do. (For the record, 9 presidents including Washington, Monroe and Lincoln had no degree) Unions hate him. And, while he has incredible leadership skills, he has Wisconsin, not national charisma, the kind that excites others outside of the Midwest sensibility. He doesn’t light up a room like most politicians at that level. I personally like that. His persona works for WI, where I live, but I don’t see the nation voting for him. At least not for now… I could be wrong, because on most of the fundamentals he is the perfect candidate. His midwest persona could be a strength, but the degree issue will likely be the biggest liability in a national election.

BOBBY JINDAL – Fantastic governor, principled, and able to unite. Great track record, but just a tad boring. He ranks high in my mind for qualification, just not for electability. I think he has potential to run and win, but it wouldn’t be the strongest choice, partly for the same reason I cited later with Walker. On the other hand, he’s probably one of the most intellectual candidates we have available. Appointed at age 24 as the Secretary of Louisiana’s Dept of Health and Hospitals and as the Executive Director of the National Bipartisan Commission on the Future of Medicare he showed himself as a bit of a genius prodigy. At age 28 he was appointed as President of the University of Louisiana system. Louisiana is booming; he has an approval rating of over 70% in a state that was Democratic for most of the last 100 years; he has great ideas, great coalition building; has the backbone to take on teacher unions and an ability to appeal to people in person. He will be interesting to watch.

TED CRUZ – I don’t see him being able to appeal to a broad base. His appearance in the primaries would merely serve the same purpose that Michelle Bachmann did the last time… to rally the right. Of which I am a part. But I like to win. And anyone who thought Michelle could win hasn’t paid attention to politics much, and the same goes now for Ted Cruz. He lacks experience, cross over appeal and he’s not as personable as other candidates. Cruz is right on most issues, and showed incredible chutzpah during his 21 hr Senate speech. He has massive respect in my book, but I don’t see the appeal necessary. He also has less experience at this point than President Obama did in 2008. Yet, we liked to cite his lack of experience as a disqualifier? Last, but certainly not least – he was born in Canada to one parent who was American, the other not. Some debate this, but it would be awkward to see “birthers” suddenly about-face on this issue when they used it against Obama the last 6 years.

JEB BUSH – He has a good record in Florida on many issues, others not so much. I find him to be a mixed bag, like Bush W was in TX. I don’t see him as a strict constitutionalist at the federal level, I’d see him as another man who’d “walk away from the free market in order to save it.” He’s a Progressive mind, and while I highly respect him in general, I don’t want someone of that vein again. On “amnesty” he’s actually far more reasonable than some of us label him as. But, he loses credibility because his brother dragged his feet on securing the border. Furthermore, do you really think the country would elect a third Bush in one generation?

RAND PAUL – Rand Paul in fantastic in most ways I’m looking for, although he’s had his hand on very little legislation. But he tends to move the national conversation and affects policy from the outside more than most do of his brand. On foreign policy he HAS been very pragmatic, including saying we should honor the treaties we have and should pursue terrorists to the fullest extent we can. He opposes Iran having a nuke, and believes in non-interventionism, NOT “isolationism.” (Two fundamentally different philosophies) He doesn’t believe in most foreign aid, especially to first world nations that don’t need it (like Israel, Germany, South Korea…) but believes we have a role to play in the world for security. But only at request, not in preemptive presumption. I don’t see him as President, at least not now. He needs his hand on more policy, and personally I still prefer governors… He’d make a great VP candidate, especially with his libertarian philosophy balancing out the traditionally conservative message coming from someone like Rick Perry. Which, speaking of the devil…..

MARCO RUBIO - Yes, believe it or not, I believe that Rubio will be a contender. He is bright, well-spoken, highly-rated as a conservative by Heritage, FreedomWorks and Americans For Prosperity (in fact, the only one to get a 100%) and of course, he’s a hispanic leader from a traditional swing state. Rubio was the man in charge of the House of Reps in Florida so he has some management experience. He has a long way to go though, and personally, I will always favor governors over legislators if there’s a reasonable alternative. And there are at least two. He muffed his hand when he played poker with the Senate big whigs on immigration, and got jibbed. But he stood with Rand Paul and Ted Cruz during their epic speeches and consistently votes the right way. Watch for Rubio to make a comeback in the next couple years and endear conservative voters once again.

RICK PERRY – Perry has one of the most impressive track records of any Governor in history. In a state with 25 independently elected statewide offices, he managed to coordinate most of them at any given time and push through massive reforms that have changed no just the surface, but the bedrock of Texan justice and economic behavior. Malpractice reform, tort reform (loser pays), property tax reform ($16 BILLION), energy investment, the $10,000 university degree, uniting left and right politicians to restrict abortion access, balanced a $100 budget (twice) for the first time in 60 years. He is an amazing public speaker, and has lately been pursuing outlets like Crossfire and MSNBC to debate issues that work in Texas.

My pick is Rick Perry. If you’re doubting his ability to debate and communicate, it’s because you fell for the meme the media fed the public. Watch almost any speech he’s given, any debate he’s had when he’s NOT on heavy pain meds for back surgery… and you’ll be hard-pressed to explain how he’s not a great communicator. As for Veep, I would tend toward a broad-appeal constitutionalist like Rand Paul, but there is lots of time to see what and who comes around.   – EW