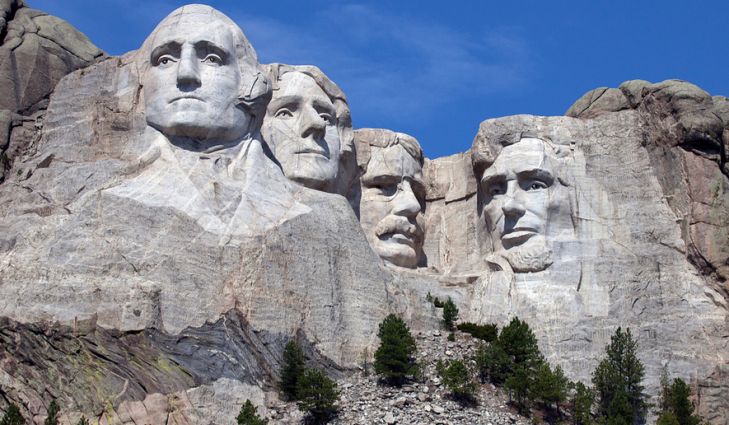 What is the point Of July 4th anyway?

I to join in the fun about secession, kicking out California, and labeling bad policy “anti-American.” It was all with a wink and a nod.

The last decade or so, I began to realize how wrong it is to even joke about, because to some it’s a conviction. They really believe the punchlines. Then the populism of the last few years exposed an underbelly I didn’t see even in my deepest political activities. Some of it is racist, and some is just emotionalism, but much of it simply aversion to change.

But what is more American than change? Good and bad policies propose change to the status quo, but how is someone’s belief in that change “anti-American?” If anything, what’s anti-American is refusing to change, blocking attempts to grow, and not accepting others that are different than us.

Ask someone, “what is the American Dream?”

Answers will vary from “you can become anything you want to be,” to “infinite possibility,” or “the unknown.” Since we can’t predict what is unknown, and what is possible still can’t know the outcome, then change is literally the essence of the American experiment.

So on July 4, as America celebrates our Declaration of Independence, how unamerican is it to mock fellow Americans who disagree with us, or speak down to hopeful Americans who live among us (and have probably broken less laws than you and I have)? Isn’t it anti-American to act like only the Heartland is what makes America great, not the “Left Coasts?”

We all make America great. Even the people I think are wrong. What makes America what it is today is our ability to absorb peoples from around the world. What other nation in history was built as the destination of the world’s disparate, looking for a change? We once persecuted Catholics when they came here. Then the Irishmen. We mistreated the Chinese for building our railroads. Abused the Native American for not moving where we wanted them to go. Enslaved the African. Suspected the Germans. Looked down on the Italians. Laughed at the Puerto Ricans. Ignored the Jews. Rejected the Muslims. We’re still patching the wounds of some of these sins. But what made America great was that despite sometimes unwillingness to absorb those people, we managed to do it anyway, under the banner of “liberty and the pursuit of happiness.” They are part of us now. But is there happiness on the pages of conservative or liberal websites? Nah. All I see is anger and segregation.

If both sides think the other half is unamerican, then maybe none of us are. And we won’t be until we settle down, listen to the other side, and start responding to the wants and needs of others. The solution isn’t always the government, but the government is the facilitator. It either builds an obstruction or removes it. It creates laws, and enforces them, or repeals them when they fail to serve the people. We may disagree on the way to fix something, but we almost always agree on the original problem. So, those who care about change can’t be the enemy, even if they’re wrong. They don’t “hate America” for wanting to make it more socialist any more than we are for wanting to make it more capitalist. Sometimes, on certain issues, I find the other side has a good point. But we aren’t allowed to let the other side represent those ideas.

Someone recently told me that we can’t let Democrats win, even a little, and they quoted the Bible to make their point: “a little leaven (yeast) leaveneth the whole lump.” I told them, what does that matter if you fail to compromise for half a loaf and end up with nothing? THAT is the “art of the deal.” Do you feel like we have made any good ones lately?

244 years ago today, America announced its Declaration of Independence. It’s signers were like a box of mismatched cats who varied in age from 27 to 70 years old. It was signed by businessmen and farmers. Politicians and activists. Slave owners and abolitionists. None of them agreed on a single thing other than one: we needed a place to call our own where we could battle out ideas and lifestyles on our own terms, with our peers, not by someone else with whom we didn’t share the land, the water, the roads and air. We wanted to be our own kings, not be subject to one. That idea is what brought us here to begin with in 1607.

We still share the land with those people. And many of them have wrong ideas about what works best for human nature and it’s prosperity. But so what? That doesn’t make them unamerican. It means that unless we persuade them of our greater truth, we need to compromise. Because that’s what governing is. It’s not “winning,” it’s representing and leading. Meaning they must have representation too. We’ve come this far because someone was willing to fight the status quo and argue for a better life. It took compromise every step of the way. But the left often points to compromise as “racism” or “privilege.” And the right will point to compromise as “socialism,” or “godlessness.” They’re both wrong.

If we don’t compromise, we won’t move, forward or backward. We won’t change, letting human nature divide us, not improve us. And that feels like the least American outcome of them all.

Be the change, be better.
Happy 4th.
#RantOverLetsBlowStuffUp