Well, it’s dead. The American Health Care Act, the most comprehensive, conservative reform bill in decades has been shot down by… conservatives. Our own side. And in doing so, they preserved the Affordable Care Act, aka Obamacare for the foreseeable future. Why? Because it wasn’t good enough.
Sorry, this isn’t going to be the most scholarly post I’ve written, because I’m ticked off.
It would appear that a lot of conservatives would rather have 100 percent of nothing than the partial repeal offered by American Health Care Act.
The AHCA that was rejected yesterday altered what it could of the existing ACA law and repealed a good portion of it’s most destructive policies in a way that could make it on a simple majority vote in the Senate. Yet, countless conservatives insisted that it “repealed nothing,” and “expanded the nanny state,” and “created new entitlements while leaving Obamacare in place.”

These statements aren’t just inaccurate, and they’re not just flat out lies, they’re ignorant, because nearly every single person I challenged (dozens), only ONE had even read the bill. And that person wouldn’t provide proof that they had. So, millions of American conservatives opposed a bill they hadn’t read, because they read or heard something by someone else talking about a bill that they likely hadn’t read either.

Well, I did. It’s only 123 pages. And the offered amendments during negotiations only added a few dozen more. But, the Freedom Caucus voted to preserve the status quo because that’s the only net result they understand. As one of the most libertarian-leaning conservatives you’ll ever meet, I can sympathize with the frustration of an expansive government, unconstitutional agencies, and burdensome regulation. I want conservative, free market healthcare reform as much as anyone. But, I also know what’s politically viable. And I also know that we cannot get everything we want in one move. Half of America disagrees with how I view the government/citizen relationship, and clearly of the half that agrees with me, we disagree on tactics, timing, tone and… the color of the carpet.
I compiled a list of needed reforms in a RedState article this last January, and I would add to that prescription drug reform, requiring deep changes at the FDA, and national “Right to Try” legislation for experimental treatments. These things would radically alter the hidden cost dynamic that keeps prices high and consumer behavior from having an effect in the industry. Everyone wants coverage, but what good is coverage if it makes everyone broke, and you can’t use it half the time? We need to get costs down, and nothing does that better than a truly free market.
As for the AHCA that was killed yesterday, it was NOT “Obamacare Lite,” a “new entitlement,” and contrary to the naysayers it DID repeal major portions of the law.
In fact, the word “repeal” is used 30 times, “repealed” appears twice, while the word “amend” is used in every instance of “repeal” because repealing anything requires amending existing code, both in statute, IRS code, etc. So, to all those yelling about how often it says “amend,” yeah… that’s how you repeal things. You AMEND existing code and statute.
Welcome to governing.
The AHCA repealed also many taxes:
Tanning tax (pg 68)
Health insurance tax (pg 69)
Prescription medication tax (pg 69)
Net investment income tax (pg 70)
Ban on tax credits by higher income earners (pg 71)
Medical Device tax (pg 87)
3.8 % excise tax on wealthy incomes
Medicare tax increase (pg 88)
The Cadillac Plan tax (pg 85)
It repealed several limitations or regulations and instituted protections for new things:
Repealed increase of tax on HSA’s (pg 86)
Repealed increase in threshold for medical care deductions
Repealed Individual mandate (pg 84)
Repealed employer mandate (pg 84)
Small business tax credit (pg 81)
Increased allowance of HSA’s
Repealed limitations on contributions on FSA’s (pg 86)
Tax advantages for association plans for small biz/orgs
Created small business tax credit (pg 81)
It reformed Medicaid and it’s payment structure for the first time in decades, and defunded Planned Parenthood.
Now, you can take each of those items above and insert, “the Freedom Caucus fought to preserve the ________tax.” and “resisted the repeal of the ________.” It works both ways.
If you wish to read the 123 page document, as I did, you may do so here.
As for offered amendments, they offered ending Medicaid expansion two years sooner, adding an optional work requirement for Medicaid if states wished to, acceleration of the expiration of all the ACA’s taxes, eliminate the requirement that all plans be comprehensive. Those 11th hour offers can be read here.
But it wasn’t enough…I’ve come to calling them what they deserve after this mess: the Freedumb Caucus. Because, they only know how to fight, not how to govern. Donald trump now wants to attack healthcare reform only with the Democrats next time. He doesn’t want another loss, and he knows he can’t count on the Freedumb Caucus unless it’s perfect. And now, they’ve killed the most conservative reform in healthcare and insurance that we’ve had in decades, and it’s unlikely to get easier next year during another election season.
Update (4.21.17): it’s a month later, and we still don’t have a proposal. And rumors are that it’s the same bill as before, except for an opt-out option for the weak reps who want to say they got what they wanted (only for their districts). Never mind that insurance markets don’t price and operate by congressional district. 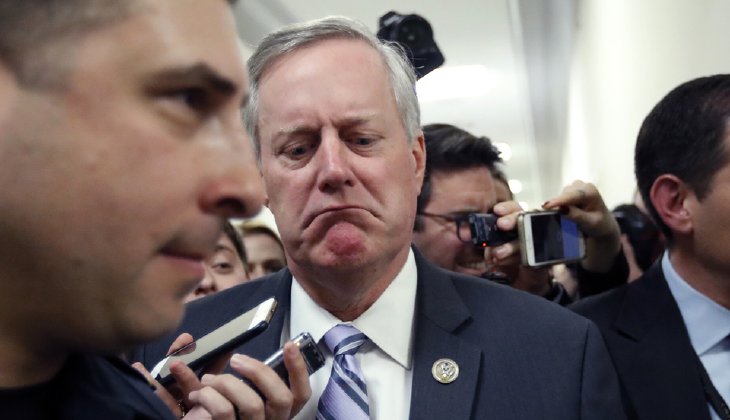