I have reprinted a brilliant breakdown of Donald tRump’s (that’s not a typo) immigration plan and why it’s both fallacious and dangerous. Penned by Clint Bolick, I felt it accurately describes why such a plan is not only bad for the country, but why such logic fails on it’s face.

TRUMPS IMMIGRATION PLAN IS A NONSTARTER, BASED ON WRONG FACTS AND IS BASED ON NATIONALISM

Although I can understand why his “plan” would have appeal, it is a nonstarter and gets some very important and basic facts very wrong, which I guess can be expected when someone is doing policy on the fly. After all, Trump contended that until he brought it up, no one was even thinking about immigration. Where has he been the last several years? Certainly not contributing to conservative causes… (couldn’t resist that).

First off, the wall, with Mexico paying for it. Nice deal if you can get it! How on Earth we could convince Mexico to do that is a question he leaves unanswered. Fencing costs billions. And just in the days of the Berlin Wall, people dig underneath them.

The notion that kids and poor people are going to do backbreaking agricultural work is demonstrably false. I can’t find a link so I will paste below in its entirety a terrific WSJ article on this subject. When GA and AL sent illegal immigrants packing, they lost billions in GDP—not just in crops but also upstream food processing jobs. They tried raising the wages to no avail (as you know, you can only raise wages so much before having to shut down). The jobs now have moved to Central America. A guest worker program is ideal because (a) we get low-cost labor, (b) the workers pay taxes but consume no social services, (c) the employers are obligated to keep tabs on the workers and (d) it greatly reduces the pressure for illegal immigration.

He is off by 100 percent on the number of legal immigrants each year—not 2 million but 1 million. He completely ignores the problem of chain migration wherein the vast majority of legal immigrants are family members. Jeb wants to switch to a system (like most countries have) where the vast majority of immigrants come for work or skills. Leave the chain migration system in place and you get lots of social welfare users and keep the pressure for people who want to work here to come illegally. Trump vaguely refers to “keeping families intact” while deporting everyone—not sure what that’s all about, but it’s tough to put together a coherent immigration plan in a few days and a few pages.

The biggest nonsense is high-skilled workers. High-tech companies import workers because they want to depress wages?! Then how come they pay an average of $50,000 in legal fees for each visa? Our K-12 education system is turning out 1/4 of the kids qualified for the computer science jobs we have. Look at any high-tech university and you will see a sea of Asian kids—it is because our K-12 schools are not pumping out qualified grads (except BASIS!!). We educate the foreigners in our universities, then send them packing to our competitors. Canada issues more high-skill visas than USA—with 1/10 the population. Did Trump really say the high-tech companies should recruit from the unemployment office?! Each high-skill immigrant creates 5+ American jobs—they take out a vastly disproportionate number of patents. As the great free-market Nobel economist George Stigler said, there is no surer path to economic growth than high-skill immigrants. We used to attract the best and brightest from around the world—now we send them packing after we educate them.

As for the mass deportations, again lots of resources, and futile until you fix the immigration laws. The vast majority of Americans oppose that, even a majority of Republicans.

I’m sure there’s more I disagree with but those are the high points. smile emoticon I agree on E-Verify but we also need biometric identification for all foreign visitors; nearly half of all illegal immigrants come legally and overstay their visas. 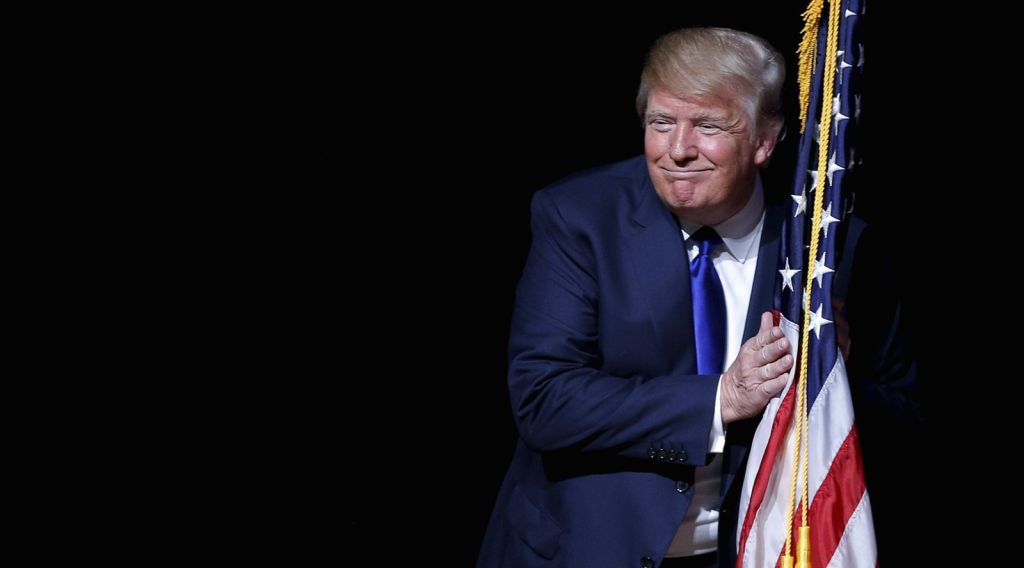