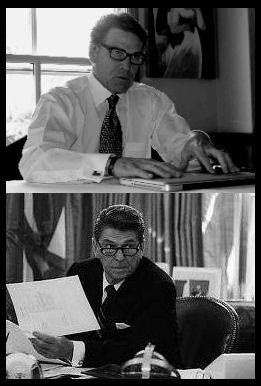 The campaign for Gov. Ronald Reagan revealed it was out of money. Not only had they used up their $1.3 million money stash, but they weren’t pulling in the donors they had hoped. Many were discounting the candidate because of his inability to raise more money, questions about his age and stamina.

Despite having run once before, Reagan was deemed a has-been, also ran, and too old to run for the nomination. He had failed. This time, he not only trailed in fundraising (fourth, in a field of seven), but had failed to gain ground in the polls throughout the months leading up to the Iowa caucuses. The other candidates were Rep. Phillip Crane (IL), fmr TX Gov. John Connally, George HW Bush, Sen. Howard Baker (TN), Sen. Bob Dole (KS) and Gov. Harold Stassen (MN).

Campaign manager John Sears ousted several volunteers and staff members and began to reorganize the campaign since little results were being seen. The campaign had sunk $500,000 in debt by this point, and something needed to change. Within weeks, the campaign decided to go the public financing route and accept federal matching funds and strict limits on primary spending.

Reagan ran, and lost the Iowa caucuses to Bush. Funding was still tight, but the campaign waged on. Two weeks later, Puerto Rico failed to even have Reagan’s name on the ballot. The campaign continued to be hobbled by internal strife among staff, but Reagan pressed on. Some traction was seen in ads and his debate performance, culminating in his classic “I paid for this microphone” moment in Nashua, NH on Feb. 23rd.

Gov. Reagan fired top staff the day of the New Hampshire primary, and installed Bill Casey to run his operation. Regardless of the strife, he won New Hampshire by a 50-23% haul over second-place Bush. This was the turning point. Two weeks later, Reagan lost Massachusetts with only 29% of the vote, but won Vermont by a 9% margin. As Reagan began to stack his victories, he engaged Bush more sternly in debates.

The last remaining challenger, John Anderson withdrew from the race on April 23, 1980, leaving only Reagan and Bush to duke it out until the convention. A classic debate was waged on April 24th, in which he showed the GOP faithful that he was worthy of carrying the banner in November. One of his memorable quotes: “government doesn’t tax the money it needs, it’s needs the money it gets.”

By June, Reagan was the clear leader, despite the fundraising disadvantage and staff troubles during the campaign. He found his voice in the race, and began to unite Americans against the legacy of the Jimmy Carter malaise. The Washington Post qualified the upset victory as harvesting “the seeds of his victory in the Republican presidential contest [that] were sown in the dark hours of defeat after the Iowa precinct caucuses last Jan. 21.” The troubles even continued into the GOP convention later that summer, but Reagan prevailed, and the rest is history.

Rick Perry’s failed 2012 effort is well-known, but ultimately was more about bad timing and a lack of preparation. But from the moment he exited the race, the governor has worked on not making the same mistake twice. Perry is healthier, stronger, and has arguably more foreign and domestic policy knowledge than any candidate running. Not only does he have an almost-wonkish grasp of policy, but he has an unmatched record of success in governing a large, diversified state, leading or encouraging reform in multiple difficult political realms and even reducing overall spending in the state of Texas. His record is undebatable.

But today, Perry finds his personal campaign in a similar pinch as Reagan did in 1979. On August 11th, it was revealed that the Perry campaign had designated all of it’s non-essential staff back to volunteer status until further notice. While affiliated PACs had raised nearly $17 million by July 1st, his personal campaign had been drained by an arduous process and even frivolous legal fights. Perry is not shutting down his campaign, he is recalibrating. All but one of his staff has chosen to continue with the campaign on a volunteer basis, and there is no break in forward motion.

Rick Perry is still the most qualified candidate running, and if you consider yourself a respectable thinker and principles-oriented conservative, Perry is, by far your best choice.

Every leader faces hurdles. While some conservatives mock Jeb Bush for having over $100 million, they laugh at Perry’s paltry $1.1 million. It seems conservatives can’t make up their mind in this Baskin Robbins primary of flavors. 17 candidates now, by last count. That’s 5.8% for every candidate if evenly distributed.

Once the process shakes out and various campaigns flame out, look for Gov. Perry to press on. To move into 2016 stronger, more energetic and perhaps the best communicator of conservative ideals since Reagan himself.

And whether he’s your pick in this race or not, most will agree, Perry is a unique kind of candidate. A man that people can deeply respect, and a leader we can truly admire.