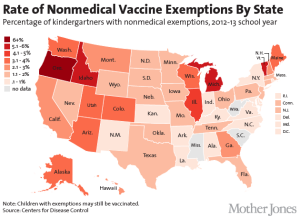 Every year, 6.2 million Americans contract the Human Papillomavirus (HPV) after becoming sexually active. Currently, over 20 million Americans have the incurable virus. It is responsible for 70% of cervical cancer cases and 90% of genital warts. Nearly half a million women contract the virus in Texas every year, and if untreated, can lead to cervical cancer. Nationally, 10,000 die from HPV-caused cancers, one in 12 of them in Texas. While vaccination in the United States sits at roughly 32%, other developed countries like Australia and the United Kingdom sit between 75-81%. Texas leads the U.S. in cervical cancer rates.

Texas has also consistently sat near the top rankings of all states in teen pregnancy, presenting a unique confluence of a social problem that could be addressed by public health policy.

In February 2007, the Texas Department of Health Services began providing the only available vaccine to girls on Medicaid, Medicare or without insurance. It was called Gardasil, made by Merck. Since then, approximately 300,000 girls have been vaccinated each year. However, one of the most common objections to former Governor Rick Perry this election season is his 2007 executive order, adding the HPV vaccine to the existing state list of vaccine requirements by age 12. Some feel this puts his conservative bonafides in question. The action would have allowed every girl in the state to have access to the vaccine, regardless of her insurance coverage.

rrently requires at least 11 viruses to be vaccinated against for all students and teachers using public facilities, including: Diphtheria/Tetanus/Pertussis, Polio, Measles, Mumps, Rubella, Hepatitis A, Hepatitis B, Varicella and Meningococcal. All 50 states have mandated vaccination lists, with nearly all having various exemptions.

Meanwhile, Texas has the most broad opt-out exemptions in the country. They include medical, religious or even personal objection. 38,000 students opted out of these requirements in 2015, or about .75% of all school-age children. In 2004, only 3,000 opted out, so this is a recent trend.

Despite the subjective debate over requiring one vaccine but not another, the issue became a political hot potato in 2007, and the legislature overturned the EO, removing the vaccine from the list. Not a single Texan girl was forced to take the shot. Claims that Perry forced girls to take the shot is simply untrue. Suggestions that people died because of his order are insane.

Since then, Governor Perry has admitted his mistake. He told a New Hampshire voter during his 2011 presidential campaign:

“I hate cancer. Let me tell you, as a son who has a mother and father who are both cancer survivors. I hate cancer. And [with] this HPV, we were seeing young ladies die at the early age. What we should have done was a program that frankly should have allowed them to opt in, or some type of program like that, but here’s what I learned — when you get too far out in front of the parade they will let you know. And that’s exactly what our legislature did. I don’t always get it right, but I darn sure listen,” he said of the legislature responding to his decision.

“One of the things I do pride myself on, I listen. When the electorate said, ‘Hey, that’s not what we want to do,’ we backed up, took a look at what we did.  I understand I work for the people, not the other way around. There was a better way to do that, I realize that now.”

When was the last time you heard a major politician speak like that?

THE ISSUE IS BACK, AND LESS DEBATED

The debate has been renewed this year, by a Republican legislator from Richmond, Texas, John Zerwas. He has introduced legislation that encourages use, rather than adding it to the state requirements. But oddly, the outcry has been far less robust and apocalyptic.

Nearly all of the objectors, and perpetrators of the “evil” Gardasil mania against Perry have objections to vaccines in general, but few have ever written articles or vocally opposed the existing state-mandated lists that cover dozens of other viruses. Why are so many subjective in their outrage?

Regarding the vaccine itself, there have been concerns about big money being involved, although Merck & Co only donated $5,000 to Governor Perry’s campaign preceding his decision. So money was clearly not the issue. Big Pharma, as it’s affectionately reviled in some circles, makes money from the creation of vaccines. But why is this a problem? And is it a reason to demonize a governor for attempting to combat the most prevalent sexually-transmitted disease in his state?

The entire Gardasil debate needs to be put to rest. Those who object to Rick Perry should recalibrate and object to his candidacy based on other reasons. 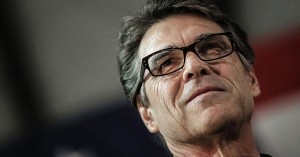 RESEARCHING MY WAY TO TRUTH

In full disclosure, I once opposed Perry. I adamantly spoke against his support for in-state tuition, the Trans-Texas Corridor, the Gardasil mandate and other initiatives. But I was challenged by friends and family from Texas to look further. I began to dig, far beyond a simple Google search. I looked at news stories, case law, legislation and other elements of how Perry was making his decisions, who was involved and what made Perry’s administration tick.

I researched my way into supporting him. Yes, I’m ok with his mistakes. I’m ok with his growth over the years. Few politicians become MORE  conservative and improve their understanding of the Constitution. Few articulate it. Even fewer political leaders can be found that admit mistakes, reverse course and once they realize their mistake campaign for the opposite goals they started with. Rick Perry is such a leader.

Like most objections to Perry, the Gardasil mania is predictable, as it is flawed. In almost knee-jerk fashion, opponents of Perry bring it up almost immediately in response to any supporter “coming out.” It ridiculous, and for once, I would like to see it put to bed, forever.